**SISTERS HIKING FOR EQUALITY
My sister and I are hiking all 48 of New Hampshire's highest mountains during every month of the year -- that's 576 mountain ascents -- to raise money for Global Fund for Women.  Click on THIS LINK to help us support women's rights and equality across the globe! **

I took a Wilderness Mountaineering Course with Mike Cherim through Northeastern Mountaineering in Conway, NH on July 24th and July 31st.  I really enjoyed the course; I learned a lot, and it was fun!


On the first day, I met Mike Cherim and we drove to Pinkham Notch and did compass work.  I learned terms such as "declination" and "deviation" that I hadn't heard before.  It was very educational for me.

All of the following pictures were taken by Mike Cherim. 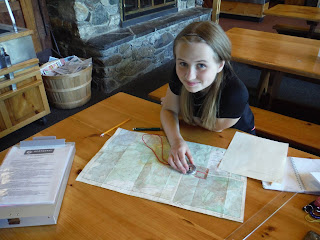 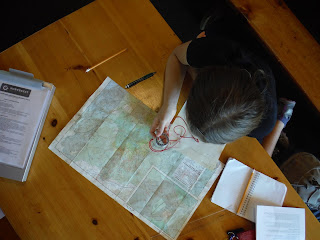 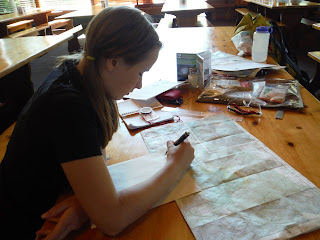 We also went outside and did some navigation training. 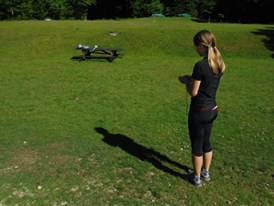 I really like this picture--it is an interesting shot.  The comparison of the scale between the compass and myself makes me appear to be so tiny. 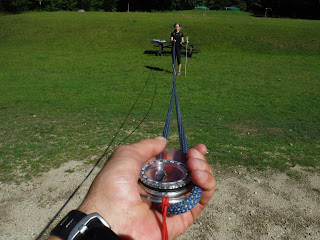 Then, it was time for a real bushwhack.  We went to Crystal Cascades and bushwhacked to Old Jackson Road, deviating a little bit from the intersection with Crew-Cut Trail. 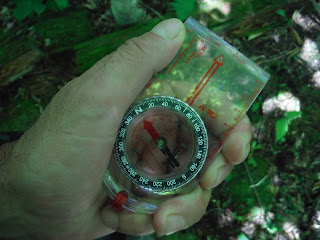 I ventured out in the general direction of where we needed to go, stopped, checked my direction, and then Mike Cherim checked it as well.  Sometimes we would switch roles. 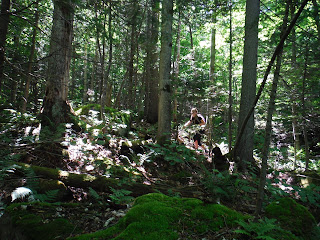 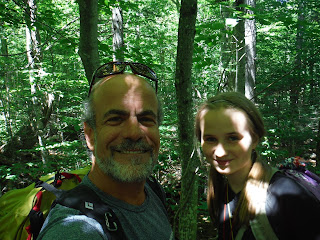 The next week consisted of more bushwhacking then the previous one.  In this picture I am wearing safety glasses.  I usually don't wear them when I go bushwhacking, but I wore them in this course just to be safe. 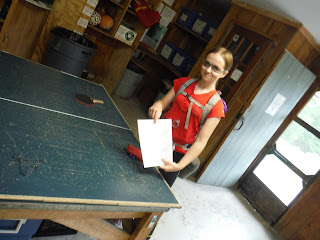 We bushwhacked near Camp Dodge this time.  We took a herd path to Imp Trail, walked along it for a tiny bit, and then entered the woods.  We bushwhacked across the forest to the other side of the trail (on the same side as Imp Face) and back again in the same fashion as we did a week ago.  The bushwhack on the way back was easier than the first one because we avoided dense vegetation and made our way around it.  We made up for the amount of steps that we had to take later when we became sidetracked. 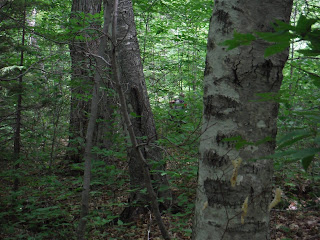 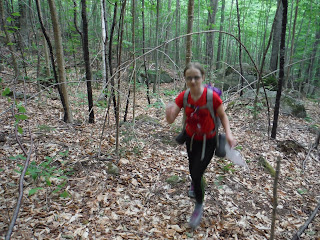 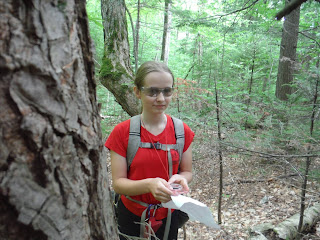 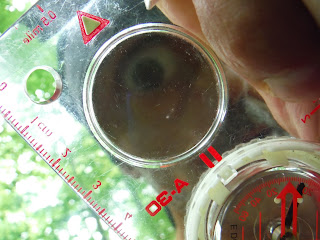 On the first bushwhack, we didn't find the trail right away; we were a little off.  Soon enough though, we found it and took a lunch break.  We were just a little too far to the east at first. 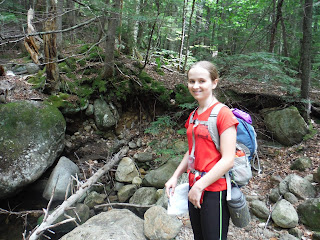 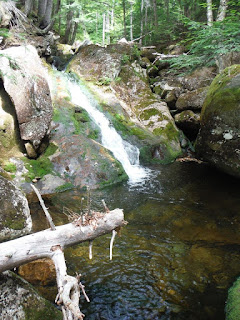 I had a great time during the Wilderness Mountaineering Course!  I learned a lot; it was very beneficial.