We started hiking at 5:30 am and the sun had not yet risen.  I led the way with my headlamp and shined light on the dark trail. 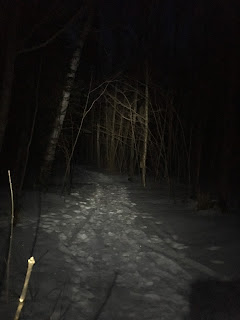 Progressively, it got lighter, and the sky turned a pleasant light blue color. 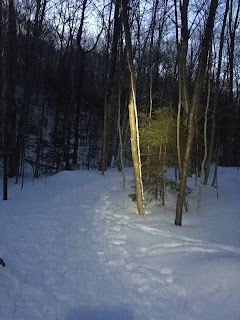 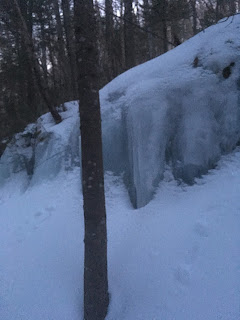 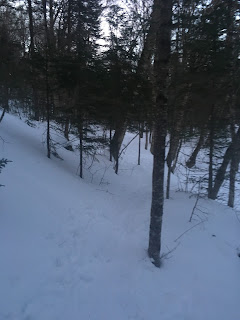 We reached the turnoff for the Firewarden's Trail.  It is shown by a shaved mark on a thin tree next to the path's beginning. 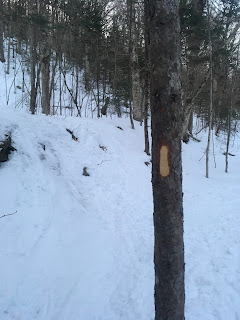 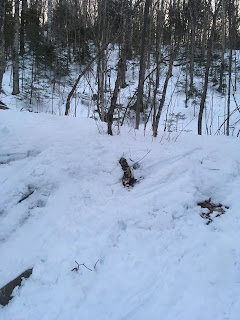 The sky became light pink, like a songbird's egg. 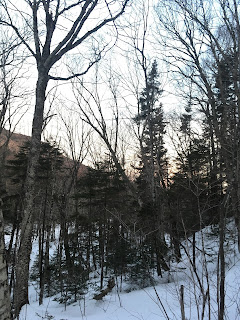 The trail steepened as we continued. 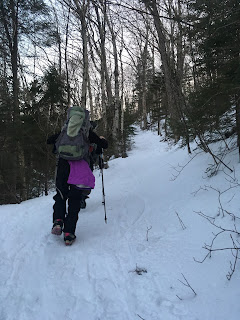 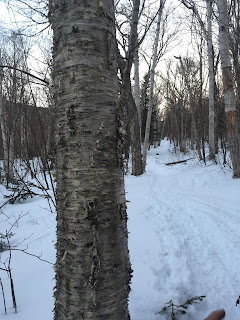 Somehow we found ourselves going up a path that skiers had created; it was steeper than the normal trail. 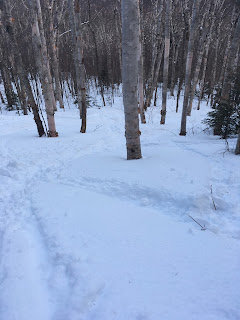 We came upon the trail again quickly -- we had taken a shortcut! 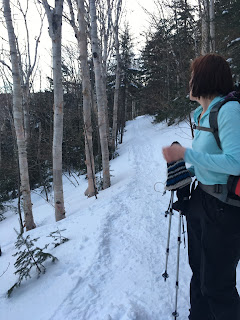 In the beginning, it was very snowy and chilly, but as the hours passed, the day became warmer. 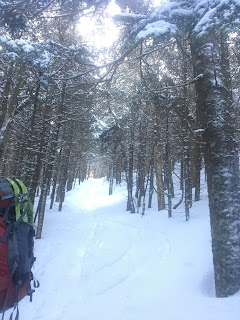 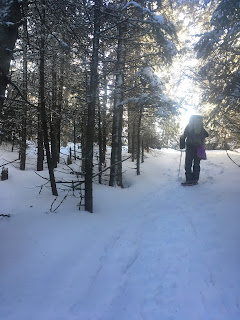 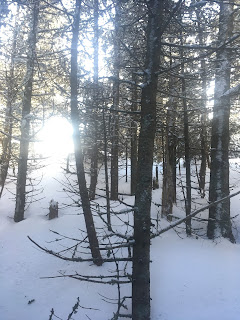 The trail was packed out fairly well. 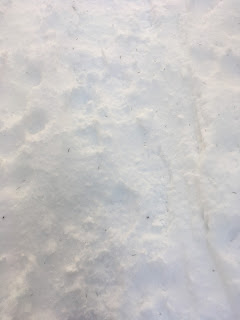 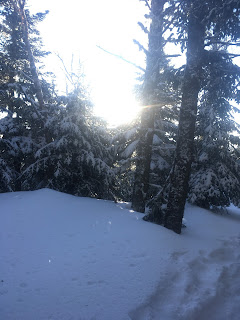 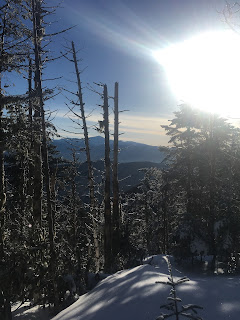 The summit of Mt. Hale!  The sun, as you can see in the below image, was very bright and loomed down upon us. 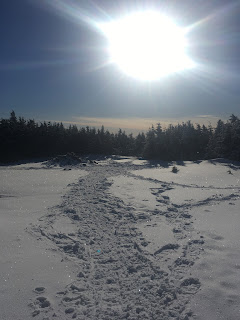 The snow is quite deep for April.  Below, you can see the trail sign for Hale Brook Trail (which had not been broken out since the last storm). 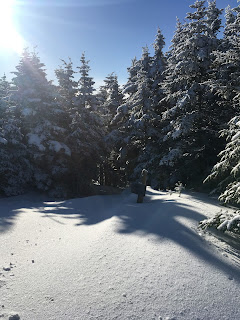 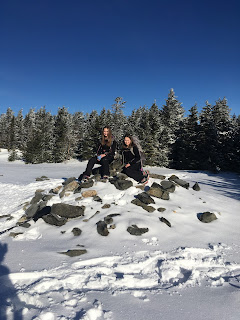 On reaching the cairn, I finally Gridded out Hale!  I do not have to hike it again (unless I want to) until I finish the Grid!  It felt crazy being done with this peak already. 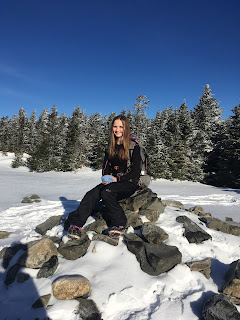 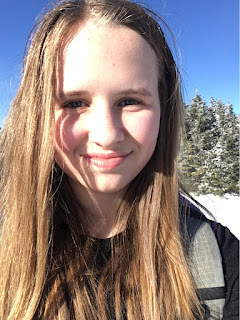 The snow was getting soft on the way down, so we wore snowshoes.  We arrived safely at the car. 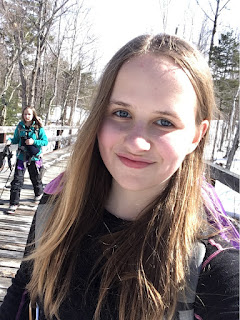 It was a sunny and refreshing hike.

Posted by Patricia Ellis Herr, Alexandra Herr, and Sage Herr at 7:58 AM