SISTERS HIKING FOR EQUALITY
My sister and I are hiking all 48 of New Hampshire's highest mountains during every month of the year -- that's 576 mountain ascents -- to raise money for Global Fund for Women.  Click on THIS LINK to help us support women's rights and equality across the globe!

When Mom, Sage, and I, it was slightly chilly but not very cold.  I could feel springtime in the air as I crossed the street and walked along the growing grass to the trail sign. 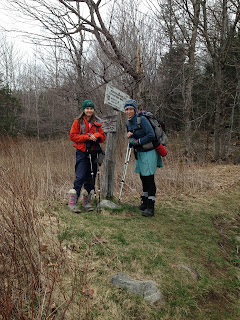 Some of the plants along the trail appeared not quite alive yet.  Also, the trees had not gotten back their leaves. 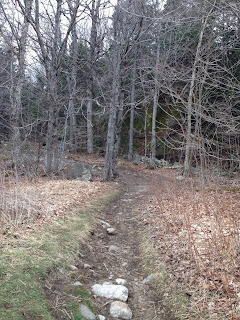 The distinguishable blue blaze marking the path...Sage in the background. 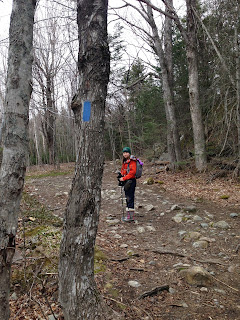 Thin tree serving as something to walk under, stretching across the path. 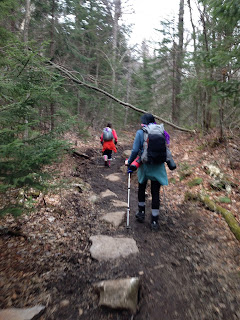 A water crossing--you don't see the water in this picture.  The water is there, though, between Sage and the large slab of rock. 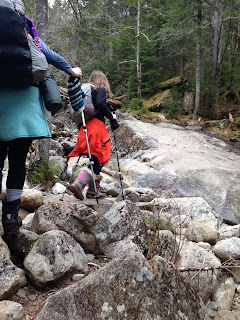 About halfway done!  We arrived at the intersection.  The temperature was still comfortable. 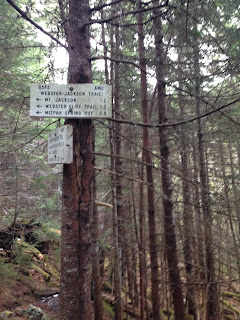 Continuing along the trail...pole in the picture as usual. 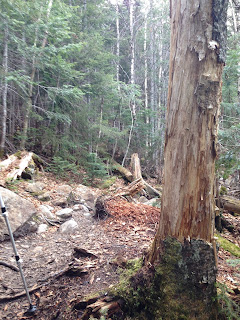 We found a kid's glove on top of a small tree (shown in the image).  It looked as though someone hung it there after seeing it somewhere else--perhaps on the ground. 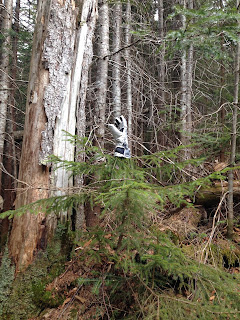 A little ice showed itself--not so bad though. 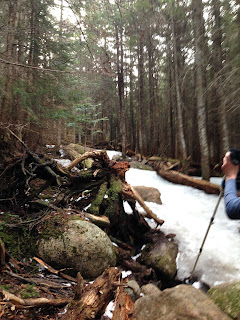 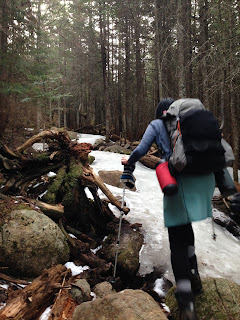 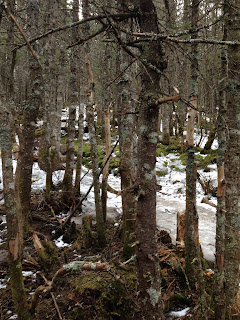 Okay...here we put on traction.  It became apparent that the trail was too slippery to get away with  bare boots. 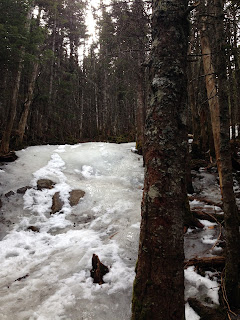 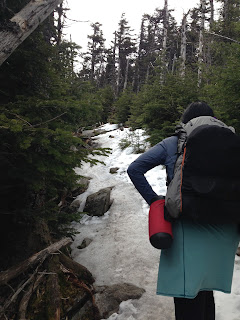 I was happy to get above treeline!  There wasn't ice on the rock up there, so that was good.  We took our traction off at this point, as to not ruin the blades. 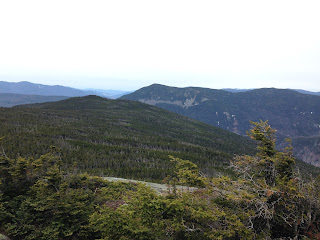 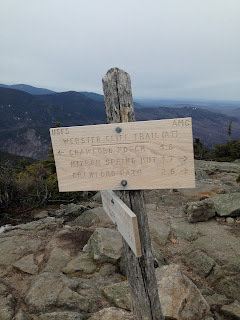 We traveled to the summit and sat down for a while.  It felt good to take a break without getting cold right away...Washington in the distance. 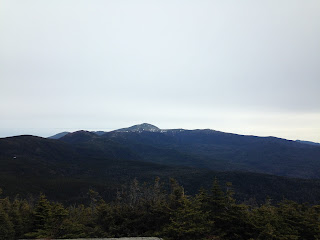 My attempted zoomed photo of Mizpah Hut.  Not a perfect picture... 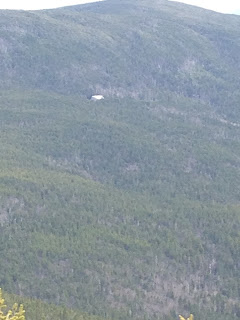 Mom found another lost item.  This time it was a light blue washcloth, as shown in this image. 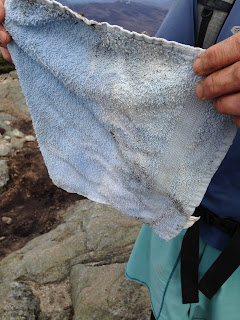 I enjoyed my snack up there. 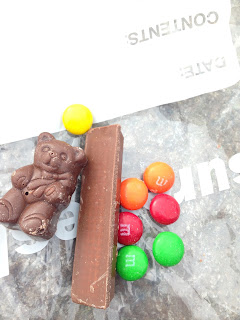 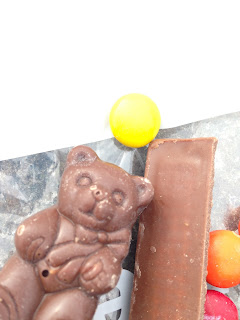 It was odd, because I didn't see any gray jays.  I saw a different kind of bird, though.  It was smaller than the previous gray jays, but it was similarly colored.  Joking around, we wondered if they "ate the gray jays." 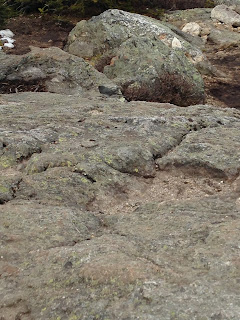 When we finished eating and started heading back down, we met this nice couple.  The mother had a baby strapped to her back.  I was happy to see a young person in the mountains!

'Til next week...and I hope to see some of you at Beech Hill Farm this Friday!

Posted by Patricia Ellis Herr, Alexandra Herr, and Sage Herr at 8:51 AM