Sage posted about our short hike of Table Rock (on the Terrifying 25).  The ascent was very steep but brief.  In only three tenths of a mile, we were at the top.  The views from the top were gorgeous!  We took a longer route on the way down.  Check out her blog post here.

Learn about the implications of the rising of seas, specifically on US coastal estate, here.  Please donate and subscribe to Union of Concerned Scientists.

Sage solo hiked for the first time on this day.  She did a wonderful job!  Since it was her first time hiking alone, I started solo hiking first.  Then, about 18 minutes later, Sage began her ascent.  Lastly, Mom began climbing Moosilauke after waiting another 18 minutes.  This way, it was a little safer than Sage being on a mountain completely on her own.

Gorge Brook is nice, because the trail is very wide; I didn't end up breaking that many spiderwebs.

Mom took a picture of me at the trailhead before I continued on my own.  I apologize about the picture being so tiny!  I do not know why that happened. 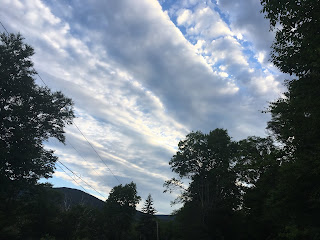 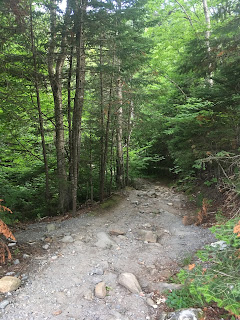 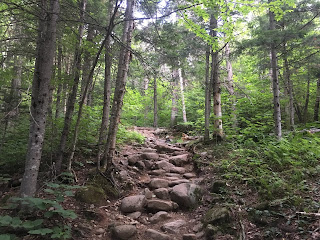 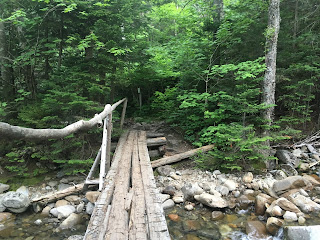 I stayed on Gorge Brook the whole time. 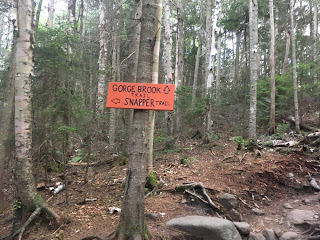 I arrived at the halfway point.  After this, the trail turned to the right for a while and got steeper. 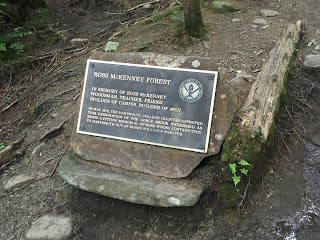 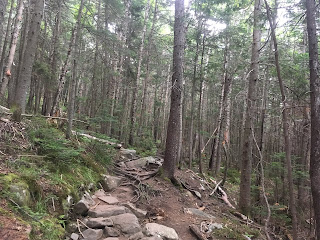 I was happy when I saw the first views of the day. 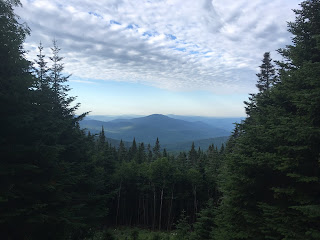 There was a pretty pink glow outlining the faraway mountains. 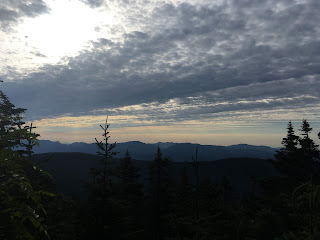 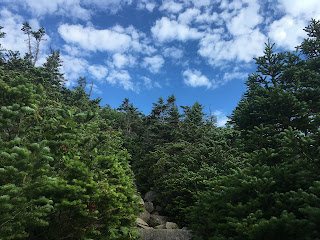 I got above treeline with an adventurous spirit. 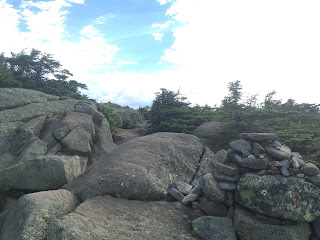 I could see the summit... 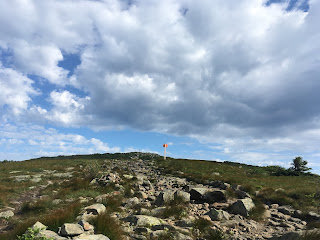 I was excited to be at the top!  There were beautiful 360-degree views all around me.  I didn't see any clouds that appeared to be threatening.  Also, I Gridded out Moosilauke!  I no longer need to hike this mountain anymore to further my Grid progress. 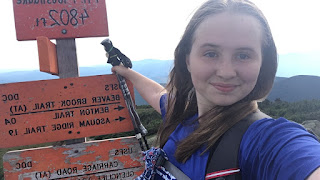 Resting in one of the rock structures... 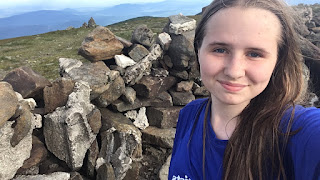 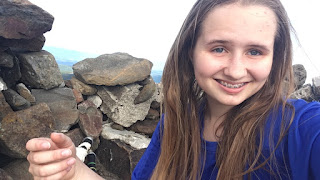 I used the Instagram space filter for this image.  I think it turned out well! 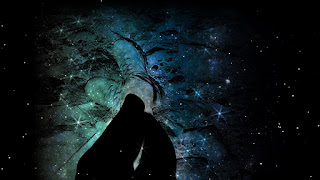 After about 15 minutes, Sage appeared on the summit.  I took some silhouette pictures of her. 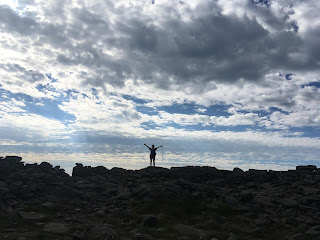 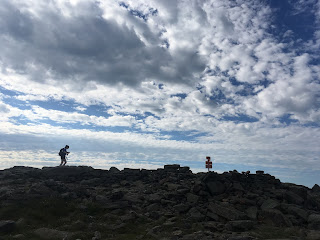 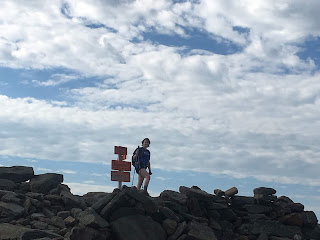 Sage and I talked for a bit, and 15 minutes after Sage appeared on the summit, Mom came. I began to head back down the mountain. 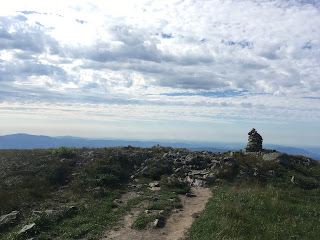 I took a Panoramic image of my surroundings. 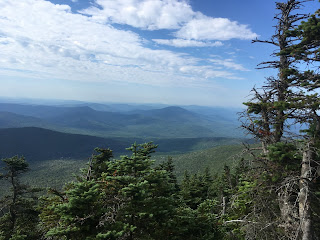 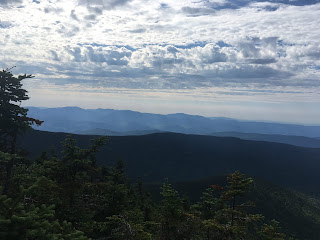 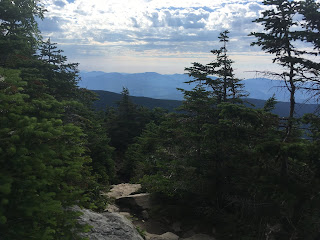 I had a nice time hiking down Moosilauke.  When I arrived at the Ravine Lodge, I waited for Sage and Mom.  Sage arrived around 22 minutes after I got there, and then Mom got there around 30 minutes after Sage came.

I will be away until late August, so I won't have a chance to post anything until after I get back.  I hope everyone has a great rest of the summer!
Posted by Patricia Ellis Herr, Alexandra Herr, and Sage Herr at 9:57 PM