The temperature outside was low; it was 2 degrees in the valley when we started and 20 degrees when we got back down.  There was snow covering the trail (except for the occasional rock or root) and the path was packed out. 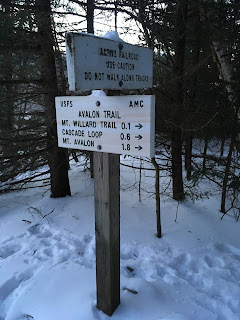 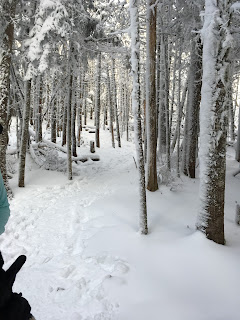 As we got higher, we caught glimpses of a bluebird sky and the tops of snow-covered pine trees. 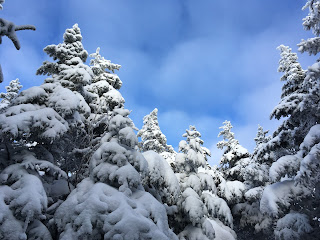 When we got to the viewpoint right before the summit of Mt. Tom, there was a spectacular wintery spectacle.  A white blanket was laid over the mountains near us and also over the one we climbed.  Beyond, the mountains were dark purple with white tops. 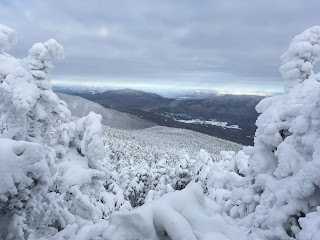 This is a picture Mom took of Sage and I on Mt. Tom itself.  The cairn was covered in snow but it provided a good place for us to rest our poles.  We encountered a couple of gray jays (they usually come in pairs) who were hungry for food.  One was squat and fluffy and the other was more lean. 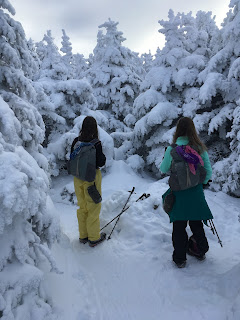 When we made it over to Mt. Field there were another two gray jays.  Both of them appeared to be equally fat, so we decided they were two different birds and not the same two we saw on Mt. Tom.  Mom inquired, "How is that branch not tipping over?"  It still remains a mystery. 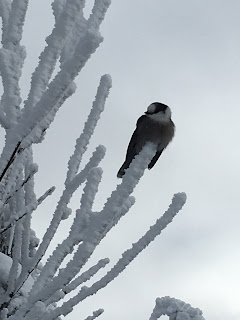 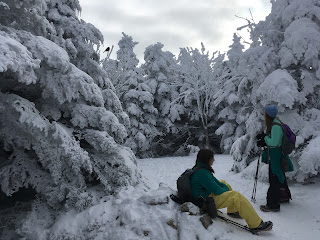 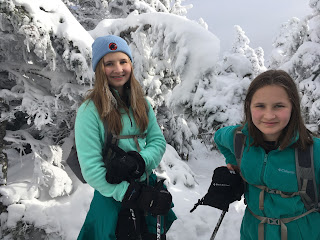 It was mostly cloudy on Willey, but there was more of a view to the left. 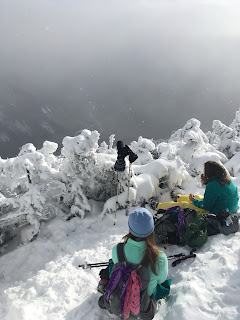 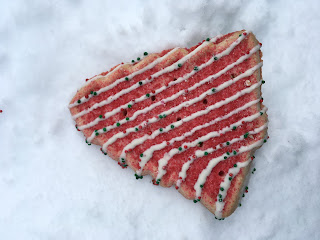 My hair was white at the tips from the snow. 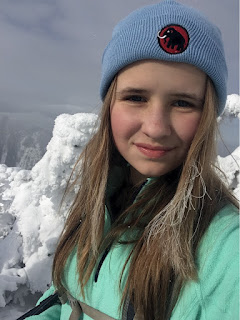 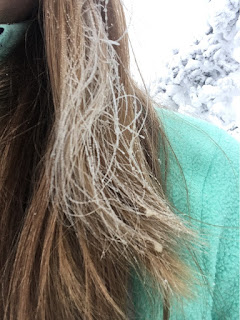 Back at the trailhead. 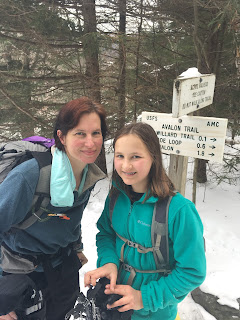 Winter break is arriving shortly...so many holidays coming up!
Posted by Patricia Ellis Herr, Alexandra Herr, and Sage Herr at 9:12 AM